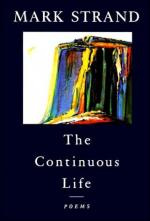 Introduction & Overview of The Continuous Life

Mark Strand
This Study Guide consists of approximately 26 pages of chapter summaries, quotes, character analysis, themes, and more - everything you need to sharpen your knowledge of The Continuous Life.

Mark Strand's poem "The Continuous Life" originally appeared in The New Yorker and is the title poem of his 1990 poetry collection by the same name. The volume contains poems written between 1980 and 1990, some humorous, some serious, some whose tone is in between. Critics have called "The Continuous Life" a perfect poem, and other readers seem to agree. New York City, for example, thought so highly of the poem they had it inscribed on a park bench in Hudson River Park. Appearing roughly in the middle of the collection, sandwiched between "Life in the Valley" and "From a Lost Diary," the poem resonates with images of absence and death, Strand's trademark subjects.

The poem's speaker addresses parents, offering them advice on what to tell their children to expect from life, and he implicitly addresses himself as well. In twenty-eight lines, Strand plumbs the human consciousness, alluding to the bustle of perceptions, thoughts, and behavior that make up a person's life. The speaker is as intrigued by the chaos and emptiness of human life as he is by the ways that human beings stave them off, finding meaning in the mundane and strength in love. Though the language in "The Continuous Life," like that in most of his poems, is abstract, the poem is relatively accessible, even for readers unfamiliar with Strand's work.

More summaries and resources for teaching or studying The Continuous Life.

The Continuous Life from Gale. ©2005-2006 Thomson Gale, a part of the Thomson Corporation. All rights reserved.