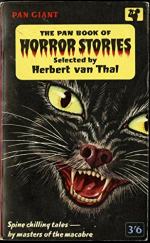 Jack Finney
This Study Guide consists of approximately 17 pages of chapter summaries, quotes, character analysis, themes, and more - everything you need to sharpen your knowledge of Contents of the Dead Man's Pockets.

This detailed literature summary also contains Quotes and a Free Quiz on Contents of the Dead Man's Pockets by Jack Finney.

The following version of this story was used to create this study guide: Finney, Jack. “Contents Of The Dead Man’s Pockets”. Internet Archive Wayback Machine, http://web.archive.org/web/20090519212941/http:/homepage.mac.com:80/cssfan/jackfinney/col561026082.htm.

The story begins with Tom Benecke working at his desk in his apartment. Benecke heard his wife getting changed, and his wife asked him if he wanted to go to a movie with her. He refused, telling her that he needed to focus on his work. After opening his window and seeing his wife out, an important yellow sheet pertaining to Benecke’s work flew through the open window.

Benecke watched the sheet float until it got caught on the corner of his apartment building. After some thought, Benecke decided to climb out of the window to retrieve the sheet. After a few fearful minutes, Benecke managed to shimmy across and retrieve the sheet. However, he froze with fear before returning to the apartment.

Overcoming his fear, Benecke slowly made his way to his apartment window. However, when he arrived, the window fell shut. Benecke then sifted through his pockets, burning papers and dropping coins to get the attention of the bystanders in the city, but this was fruitless.

Eventually, Benecke decided to break through his window. After some unsuccessful attempts, he managed to break through. Content with this outcome, Benecke placed the yellow sheet back on his desk and weighted it down with a pencil. Benecke then left the apartment to meet his wife at the theatre. When Benecke closed the door to his apartment, the pencil rolled aside, and the yellow sheet flew out of the broken window once more. Benecke merely laughed and walked away.