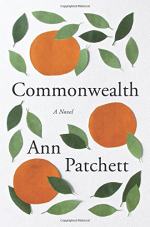 Related Topics
Bel Canto: A Novel
State of Wonder
Taft
The Magician's Assistant
The Patron Saint of Liars
Truth & Beauty: A Friendship
This Is the Story of a Happy Marriage
Run (Ann Patchett)
The Dutch House
These Precious Days: Essays

This detailed literature summary also contains Quotes and a Free Quiz on Commonwealth by Ann Patchett.

Ann Patchett’s Commonwealth follows the repercussions from a chance encounter between Beverly Keating and Albert “Bert” Cousins that sees the end of both of their marriages and influences the lives of their families for years to come. The novel spans nearly 50 years and three generations of both families through major events and the seemingly mundane day-to-day that make up a life. To give the reader a sense of fleeting from memory-to-memory, the timeline is non-linear, a literary device that Patchett uses along with a rotating cast of narrators to delve more deeply into specific events and demonstrate how both time and point of view impact how events are remembered.

The novel opens with the christening party of Frances “Fix” and Beverly Keating’s youngest daughter, Francis or “Franny.” Bert Cousins has showed up uninvited looking to escape spending time with his own family over the weekend, and by the end of the chapter he has kissed the hostess and sent both the Keating and Cousins on a path that will see the families split between Virginia and California. The children are simultaneously torn between two environments and caught in the tension between their separated parents. All six children spend the summers together in Virginia with minimal supervision from Bert and Beverly. During these formative summers the children establish an unwilling camaraderie and cultivate a sense of independence until the tragic death of the oldest Cousins boy, Cal. The actual events surrounding his death are kept intentionally ambiguous by the witnesses involved, both to the reader and their parents.

How different characters respond to Cal’s death drives both character development and the plot. The youngest Cousins child, Albie, who was drugged during the event, is disconnected from what actually happened, and as such is set adrift during his adolescence. A series of events sees him joining a bicycle gang, setting fire to his school accidentally, and then spiraling downwards into drug use and a nomadic existence. After an eight-year absence, he appears unannounced at his sister’s apartment and is given a copy of Leon Posen’s novel, Commonwealth. The novel was inspired by Franny’s childhood as told to Leon Posen, and features many of the pivotal events during those summers in Virginia. While steps have been taken to prevent it from being recognizable to anyone outside of the Keating and Cousins families, Albie is able to recognize many of the events as being parts of his childhood. After reading the novel, Albie hunts down its author, Leon Posen, to discover why his childhood has become a bestseller. In doing so, he reconnects with Franny, which ultimately sets both Franny and Albie on separate but connected paths towards becoming fulfilled adults with families of their own.

Interspersed through the chapters dealing with the past and memory are chapters intended to deal with more “present day” events, including Fix’s battle with cancer and the death of Teresa Cousins. During these chapters, Patchett focuses on how stories are passed down through generations and how when stories are publicly shared en masse, be it through a novel or worse, a movie, they become distorted perversions of the actual events. As the guilty party who shared the family stories, Franny feels the shame of making the events acutely, but at the end of the novel she has developed an understanding that there is a value in keeping certain events to herself.