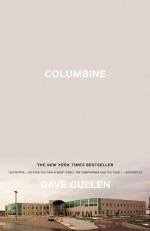 This detailed literature summary also contains Topics for Discussion and a Free Quiz on Columbine by Dave Cullen.

On April 20, 1999, Dylan Klebold and Eric Harris walked into Columbine High School with two bombs based on portable propane bottles. The boys had similar bombs in their cars and another across town - a decoy to draw police away from the high school at the crucial moment. They also had dozens of small pipe bombs and each of them was carrying guns and ammunition. They planted the two large bombs and returned to their cars that were strategically parked so that they could shoot anyone who ran from the building after the bombs detonated. But their plan began to go wrong from the first. The inside bombs didn't go off. The two boys, without an apparent backup plan, entered the school again and began shooting and firing off pipe bombs. They killed indiscriminately for a little over fifteen minutes. They had expected to be killed by police but had no intention of being taken alive. They roamed the school for a short time before returning to the library where most of their victims had died. They sat down, set off one final bomb, and shot themselves.

Of their victims, twelve were already dead when police stormed the building. It took more than three hours for the SWAT team to reach the library where they discovered dozens of students still in hiding and the bodies of the shooters. One of the victims, Coach Dave Sanders, had survived the initial shot but bled to death over the hours it took for SWAT to arrive. Dylan and Eric had killed thirteen and severely wounded several others. One of those was Patrick Ireland. He'd been shot in the head and didn't understand what was happening to him. He managed to make it to a window and hoisted his uncooperative body over the edge. He was caught by police and faced months of therapy before he was able to walk and talk again. He graduated as valedictorian the following year.

The investigation took months and many of the parents filed lawsuits in an effort to get information. Several of the lawsuits were settled but others dragged on for years. There were many controversies around the situation. Members of the community, especially students, took offense when the massacre became known as "Columbine." They argued that was the name of their school, not the name of the event. There continued to be rumors that Dylan and Eric were not acting alone. When the six-month anniversary rolled around, many students opted to stay away from school, just in case there was another attack.

Police actions were called into question. Parents of the victims weren't told for sure their children were dead until the following day. One father discovered the truth when his son's photo appeared in the newspaper from an aerial view taken from a helicopter. Others wanted to know there wasn't any way to have predicted and prevented the murders. Some clung to the idea that the boys killed out of revenge for having been bullied but that was proved a false idea. Many couldn't accept the fact that the boys were psychopaths without any empathy or a sense of compassion.