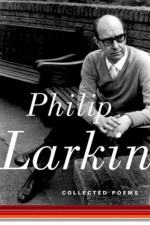 Related Topics
This Be the Verse

Englandappears in The Whitsun Weddings, , An Arundel Tomb, Homage to the Gover

Philip Larkin was born in England, in the town of Coventry, which is located in now what is known as the Western Midlands. Growing up in a traditional English household offered Larkin the opportunity to study and read although there was a great deal of isolation involved in the poet's childhood.

Upon graduating from secondary school, Larkin was refused for military service and instead, stayed in England to study at St John's College at Oxford. While at Oxford, Larkin studied English literature and language.

After graduating from Oxford, Larkin went to work as a municipal librarian in Wellington, Shropshire. Larkin went on to become the assistant librarian at University College in Leicester, sub-librarian at Queen's University in Belfast, and then in 1955, the poet became the librarian at the University of Hull, where Larkin remained until his...