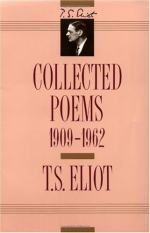 The Mr. Apollinax of this poem visits the United States and is a guest at a professor's home. He speaks his mind and acts a little irreverent for his host's tastes. They do not know what to make of the amiable, charming man, whose opinions and actions are different from theirs. He is a man of colorful persona in direct contrast to his hosts, who exhibit no personal flair.

The reader sees in this poem that the main character is a man who doesn't care what others think of him. He speaks, laughs, and acts as he pleases in the company of others. He is a man of personality; this is the opposite of his hosts', who the reader sees, in the last...

(read more from the Prufrock and Other Observations (1917) - Mr. Apollinax Summary)