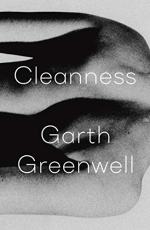 You’re the only person I know who talks about it, who’s so public and who isn’t ashamed.
-- G. (chapter 1)

Importance: In Chapter 1, G. feels comfortable talking to the narrator because the narrator is openly homosexual. G. is homosexual as well, but he has told almost no one. The novel is set in Bulgaria which is still a country that is marked by a distinct level of homophobia. Although the narrator is fairly open about his sexuality, he must still face the harsh realities of homophobia an repression.

These feelings, all of them, they will get easier, they’ll stop being the only thing you feel, they’ll fade and make room for other feelings.
-- Narrator (dialogue) (chapter 1)

Importance: The narrator makes this statement to G. in order to comfort him. G. is has romantic feelings for a male friend of his. However, the friend is heterosexual and does not reciprocate the feelings. The narrator...