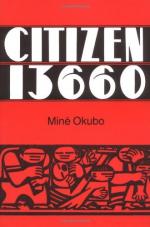 Mine Okubo, the author, is traveling on an art fellowship in Europe when England and France declare war on Germany on September 3, 1939, officially starting World War II. At that time, Mine becomes stranded in Switzerland with all of her possessions in Paris, France. The French border is closed.

Mine has friends in Berne, Switzerland, and she ends up staying on a farm there for several weeks. However, she receives a letter stating that her mother is very sick in the United States, and she decides to try anything she can to return to the States. She learns that she can obtain a transit visa to France if sailing there from a French port in Switzerland, so she secures this passage. From Bordeaux, France, she then sets sail for the states, with many other refugees escaping war.