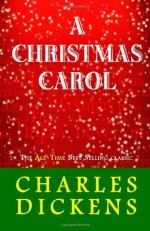 Books Like A Christmas Carol by Charles Dickens | Suggested Reading

Charles Dickens
This Study Guide consists of approximately 75 pages of chapter summaries, quotes, character analysis, themes, and more - everything you need to sharpen your knowledge of A Christmas Carol.

Charles Dickens was the author of several commercially and critically popular novels. One of his best is The Tale of Two Cities, originally published in 1859. Set against the background of the French Revolution, the story follows the adventures of Sydney Carton, and his eventual self-sacrifice for the sake of his friends. It is also available on CD-ROM from Quiet Vision in 1999.

Published in 1999, Patricia Davis' novel A Midnight Carol chronicles the story of how Dickens' novel came to be: thirty-year-old Charles Dickens, his debts piling up and a fifth child on the way, somehow writes his most popular work.

More summaries and resources for teaching or studying A Christmas Carol.

A Christmas Carol from Gale. ©2005-2006 Thomson Gale, a part of the Thomson Corporation. All rights reserved.