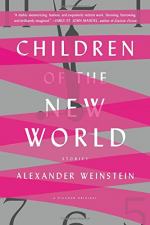 This story is written in an APA style format and takes on an academic and objective tone. Throughout the chapter, several “experts” are referred to in relation to Global BrainWeb Interface and the several products they developed, tested, and distributed.

There are two groups that are addressed in the story: supporters and anti-interfacers. The anti-interfacers believe that it is dangerous and illegal to access a person’s consciousness with cybernetics and technology. However, the supporters, who are pro-Global Interface, believe that this is an untapped market that should be open to advertisers and product developers. This chapter objectively presents both sides of the argument.

The title is of particular puzzlement in this short story. The title indicates that there has been a failed revolution. That means something tried to change and was not successful. However, within this...

Children of the New World from BookRags. (c)2023 BookRags, Inc. All rights reserved.