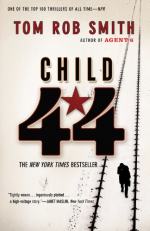 NOTE: Due to the structure of the novel, summaries and analysis sections are divided by page numbers. This study guide specifically refers to the 2012 Grand Central Publishing/Hachette Book Group paperback edition.

“Child 44” by Tom Rob Smith is a fictionalized historical novel focusing on the Rostov Ripper killings in the Soviet Union. The novel, set approximately 25 years before the killings historically, follows the efforts of Leo Demidov to solve a string of child murders that, according to the Communist State, do not exist, for the State has decreed that crimes are symptomatic of the corruption of Western society and capitalism, and simply are not possible under Communism. Early in the novel, Leo is loyal Communist, working as a State Security force officer in the MGB in Moscow, where he seeks out traitors, spies, dissidents, counterrevolutionaries, and anyone who opposes the State, or poses a threat to the State. Leo is a legal absolutist, believing that anything legal is moral, and is also an extreme utilitarian, believing that the ends justify the means. As such, Leo will act even cruelly in order to do what is necessary to protect the Communist State. When faced with the idea that friend and fellow MGB-worker Fyodor Andreev’s son has been murdered, Leo, on orders from and in agreement with the State, hushes up talk of the murder, telling Fyodor and his family to drop it.

Later in the novel, Leo’s wife, Raisa, comes under suspicion by the State of being a Western sympathizer, and Leo is tasked with investigating his own wife. Leo clears his wife’s name, but is exiled for refusing to denounce her, along with Raisa, to the mountain town of Voualsk. There, Raisa comes to see herself as an equal to Leo, having long feared his position and power, and having only originally married him out of fear for her life, rather than love. When Leo discovers that a local girl has been killed in the same fashion as Fyodor’s son, Leo realizes there must be a potential for murder. Joined by Raisa, they discover a third body under the same conditions –naked, the stomach cut out, the mouth stuffed full of bark, and a string snare tied about the ankle – and begin an investigation. Leo later convinces the local militia commander, Nesterov, to join in the search for the murderer. They must work secretly and carefully, for as the State has declared there are no murders under Communism, to investigate something which does not legally exist is punishable by death for challenging the State. The State ultimately learns of the investigation, and an effort headed up by Vasili, Leo’s brutal, heartless former second-in-command, is launched to find Leo and Raisa.

Leo and Raisa ultimately discover that the identity of the murderer is Leo’s own brother, Andrei, who lives in the southern Russian town of Rostov-on-Don. As a child, Leo was known as Pavel, who was kidnapped by another villager with the intent of turning Pavel into soup for the villager’s son. But with the villager’s son dying before the villager could return to his wife, the couple eats their son instead of Pavel. They offer Pavel the soup made from their son, and offer Pavel the chance to come to Moscow for a better life. Pavel adopts the dead son’s name, Leo, and moves to Moscow with his newly adopted parents. Andrei has long believed that Leo was still alive, and after seeing Leo’s photo in the newspaper, Andrei knew he had to reestablish contact. Denied Leo’s contact information by the newspaper, Andrei set about murdering children to attract Leo’s attention, which ultimately works. Leo and Raisa find Andrei, and as they prepare to kill Andrei, Vasili arrives and is killed by Andrei. Andrei then commits suicide with assistance from Leo. At the end of the novel, Leo becomes head of a new homicide department, has become a moral absolutist (understanding that, just because something is legal, doesn’t make it right), and Raisa has come to truly fall in love with him as a result. Leo and Raisa end up adopting two orphaned girls, their parents previously killed by Vasili.