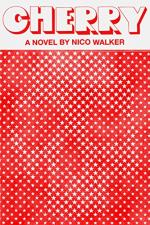 This detailed literature summary also contains Quotes and a Free Quiz on Cherry by Nico Walker.

The following version of this book was used to create this study guide: Walker, Nico. Cherry. New York: Alfred A. Knopf, 2018.

In the novel’s prologue, the unnamed protagonist is 25 years old and living in Cleveland, Ohio. He and his girlfriend Emily are both heroin addicts, and the protagonist has resorted to robbing banks to acquire drug money. During his latest robbery, the police arrive, and it seems that he is about to be arrested.

The main narrative then begins in the protagonist’s late teen years. He is a freshman at a Jesuit college in the suburbs of Cleveland, which is where he grew up. His parents are wealthy, but he makes extra spending money by selling illegal drugs. Emily attends the same college, and they meet for the first time. They soon fall in love. However, the protagonist eventually fails out of college. Looking for a sense of direction and discipline in his life, he enlists in the army, much to Emily’s dismay.

It is 2005 when the protagonist enlists, and he is 20 years old. He is sent to Fort Leonard Wood in Missouri for basic training. He finds basic training exhausting and humiliating, and he quickly regrets enlisting. The protagonist is then sent to For Sam Houston in Texas, where he begins training as a medic. He and Emily are still in a relationship, but he begins to worry that Emily will have sex with other men. He resolves not to have sex with other women. He finishes his training at Fort Hood in Texas and is then deployed to Iraq. He is stationed at a forward operating base, and he gradually finds that he has neither the supplies nor the training to actually provide significant help to anyone as a medic. Although the protagonist almost never sees actual combat, he sees many gruesome deaths and injuries caused to American soldiers by improvised explosive devices planted by enemy combatants. He learns of a secret supply of drugs set up by the soldiers, and he begins to buy and abuse prescription narcotics to cope with the traumas of his situation.

After one year in Iraq, the protagonist permanently returns to America. He returns to Cleveland and returns to college. However, his new drug addictions impair his ability to focus on school work. Emily breaks up with him after she finds out that he went on a date with another woman. He begins dating a young woman named Libby. He suffers from post-traumatic stress disorder and other mental health issues. His drug addictions worsen, and he soon becomes addicted to heroin. He breaks up with Libby. He and Emily eventually resume their relationship. Emily has also become addicted to heroin. They enable each other’s addictions, and their heroin addictions become steadily worse. The protagonist uses student loan money to buy drugs, and he cultivates connections among various drug dealers. Eventually, the protagonist and Emily run out of money for drugs, so the protagonist resorts to robbing banks to acquire money. He executes several successful robberies. The final chapter ends with the protagonist injecting another dose of heroin into his arm.