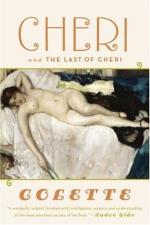 Cheri and The Last of Cheri Summary & Study Guide

Colette
This Study Guide consists of approximately 34 pages of chapter summaries, quotes, character analysis, themes, and more - everything you need to sharpen your knowledge of Cheri and The Last of Cheri.

Cheri and The Last of Cheri Summary & Study Guide Description

Cheri and The Last of Cheri Summary & Study Guide includes comprehensive information and analysis to help you understand the book. This study guide contains the following sections:

This detailed literature summary also contains Related Titles and a Free Quiz on Cheri and The Last of Cheri by Colette.

Cheri tells the story of Cheri (Frederic Peloux) and his courtesan Lea de Lonval. As the story unfolds it is learned that at the age of nineteen, Cheri entered into a six-year relationship with the French courtesan, Lea, who is a friend of his mother, Madame Peloux. Cheri's mother never had maternal instincts toward Cheri, so he is completely infatuated by Lea who not only introduces him to the world of love but also to everyday matters as if she were his mother.

The relationship is ill fated despite the fondness both Cheri and Lea feel for each other because not only is Lea a courtesan but also twenty-four-years older than Cheri. After six years of being together, the time comes to part when Cheri is to be married to a young girl named Edmee. Lea, who realizes that she loves Cheri, leaves Paris for six months in order to begin life without Cheri. Cheri returns from his honeymoon trip and essentially neglects his new bride whose lack of worldliness bores Cheri.

When Lea does return to Paris, Cheri visits her and they declare their love for each other. The morning light brings reality back to Cheri who realizes that Lea is indeed too old for him to consider as a life partner and he returns to Edmee. Lea then realizes that she must also face the reality that she is aging and her life must take a different direction.

The Last of Cheri pick up the lives of Cheri and Lea after a six-year break during which World War I has broken out and Cheri returns an uninjured hero. During this time period, Edmee and Madame Peloux have become more assertive in home and business as are many women in the burgeoning women's suffragette movement. Cheri finds himself wandering aimlessly with no focus now that he does not have Lea or the war to occupy his time.

Cheri is also perplexed by the assertive demeanors of Edmee and his mother and cannot adapt to the new roles of women. Eventually, Cheri and Edmee grow apart and live separate lives, Edmee taking lovers without any jealousy from her husband. In an attempt to recapture his past, Cheri visits old friends but finds that they, too, have moved on to new ventures and do not want to dwell in stories of the past. Cheri grows increasingly more impatient with his life surrounded by Edmee and Madame Peloux and finds any route he can to escape even for a little while. Cheri even buys a car and takes friends on long day trips into the French countryside.

Because he can find no purpose to his life, Cheri obsesses about Lea and makes the mistake of visiting her one day and finds that she has greatly aged and is grossly overweight with short gray hair. Cheri is repulsed by Lea's appearance and plunges into an even deeper despair. Just when Cheri has reached the point where he can think of nothing that interests him or motivates him to think beyond the present, he runs into an old acquaintance, the Pal, who offers up her flat for Cheri's need for solitary time.

Cheri finds a wall filled with photographs of Lea in the Pal's flat, and he spends countless nights lying on a divan and staring at the images. Cheri makes one last attempt at connecting with Edmee by asking if she would like a child but Edmee is aghast at the proposition, and Cheri realizes that their marriage is truly over. Cheri visits his mother who understands her son's anguish but can do nothing to assuage it, and they part with Cheri amazed to see a tear in his mother's eye. Cheri visits the Pal's apartment again and with images of Lea staring down at him raises a revolver to his head and pulls the trigger.

More summaries and resources for teaching or studying Cheri and The Last of Cheri.

Cheri and The Last of Cheri from Gale. ©2005-2006 Thomson Gale, a part of the Thomson Corporation. All rights reserved.