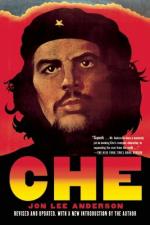 This detailed literature summary also contains Topics for Discussion and a Free Quiz on Che Guevara: A Revolutionary Life by Jon Lee Anderson.

CHE GUEVARA: A REVOLUTIONARY LIFE by Jon Lee Anderson is billed as the definitive work on the life of Che Guevara. Che was a Latin American revolutionary who wanted to bring an end to poverty in Latin America and the Third World. He also wanted to end the injustice of imperialism. Born Ernesto Guevara in Rosario, Argentina, he was raised in comfortable circumstances, since both of his parents were from wealthy families. He developed asthma as a baby and the condition plagued him for the rest of his life. Che attended and graduated from medical school but had an urge to travel. He and some of his friends traveled around Latin America where he was appalled by the poverty of the people and the effects of imperialism. Even though he was never interested in politics, he developed an interest in Marx and socialism.

While traveling, he became involved in the failed Guatemalan revolution and met many people in the revolutionary movement. He met Fidel and Raul Castro in Mexico City, and when Fidel asked him to join the Cuban revolutionary movement, he accepted. The Cubans gave him the name of Che, and he went on to gain international fame as a fearless and cold-blooded revolutionary. He was a strict disciplinarian who never asked others to do anything he wouldn't do himself and because of this, they trusted him.

After the revolution, Che held high posts in the Cuban government. He traveled around the world negotiating trade and military treaties for Cuba and studied socialist models in various countries. He brought these ideas back to Cuba and tried to implement the best programs from the various countries, but he wasn't a politician and wasn't interested in power. Che envisioned revolution throughout Latin America and the Third World that would free them of the effects of imperialism and improve living conditions. But, according to Che, the revolution had to be violent. He did not believe in peaceful co-existence or change through the democratic process; this belief brought him into conflict with other revolutionaries. He left Cuba to fight in the failed Congo revolution and then went to Bolivia to foment revolution. He was executed there in 1967.

The book is very informative though lengthy. The author, Jon Lee Anderson, did a great deal of research and conducted extensive interviews to obtain the information for writing the book, which is evident in the amount of detail that book contains. The book will be of interest to anyone with an interest in the subject or events of that time. It is well worth the time spent reading it.