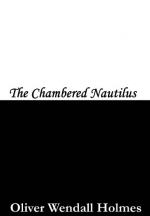 Oliver Wendell Holmes
This Study Guide consists of approximately 22 pages of chapter summaries, quotes, character analysis, themes, and more - everything you need to sharpen your knowledge of The Chambered Nautilus.

Holmes's Old Ironsides (1830), available in books of his collected poetry, such as The Poetical Works of Oliver Wendell Holmes (1975), is a famous poem about the USS Constitution, a Revolutionary War ship that was scheduled to be dismantled. Because of the emotion that Holmes's poem stirred in the general public, the ship was preserved.

Woman in the Nineteenth Century (published in 1845 and reprinted in 1999), by Margaret Fuller, is a striking, impassioned, and important prose work of feminism that criticizes male hypocrisy and discrimination against women and proposes a variety of solutions to improving women's rights.

Nathaniel Hawthorne's novel The Scarlet Letter (1850) is about a child born outside wedlock in mid-seventeenth-century Boston and the cruel response to the mother by the rigidly Puritan community.

Phillis Wheatley's poem On Being Brought from Africa to America (ca. 1767) uses Christianity to compel whites to have...

More summaries and resources for teaching or studying The Chambered Nautilus.