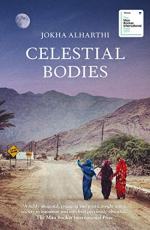 Oman is a country located on the southeastern coast of the Arabian Peninsula. Oman abolished slavery in 1970, making it one of the last countries in the world to do so. The novel mostly focuses on Oman’s history from the middle of the twentieth century onward. The story uses the characters’ individual stories to explore the effects and dynamics of Oman’s sociopolitical changes in the past decades. The novel also makes occasional references to the Omani Civil War, which occurred from 1962 to 1976.