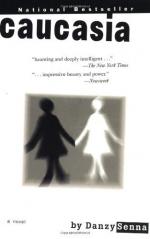 Throughout the novel, there are references to things and people disappearing and reappearing as something different from what they were. The first sentence, “A long time ago I disappeared,” and the last sentence, “Then the bus lurched forward, and the face was gone with it, just a blur of yellow and black in motion,” both refer to the idea of disappearance. Birdie and her mother disappear, as do her father and sister. Birdie’s old identity disappears, and a new one that doesn’t quite fit appears to replace it. Birdie, uncertain of her place in the scheme of things, often feels as if she has disappeared. Dot disappears to exotic India and later reappears, somewhat changed. Birdie worries that her memories of her father will slowly disappear over time.

Like the idea of disappearing, racial and ethnic identity is a central theme...