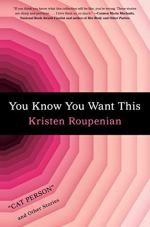 Roupenian, Kristen
This Study Guide consists of approximately 22 pages of chapter summaries, quotes, character analysis, themes, and more - everything you need to sharpen your knowledge of Cat Person.

The following version of the text was used to create this study guide: Roupenian, Kristen. Cat Person. The New Yorker, 2017. www.newyorker.com/magazine/2017/12/11/cat-person.

Cat Person tells the story of college student Margot and her ill-fated potential relationship with an older man, Robert. Margot met Robert when she was at work on a concession stand in an arthouse movie theatre. Robert bought a box of Red Vines and Margot made fun of him. The next time he came to the theatre, Robert asked Margot for her phone number and she gave it to him.

Robert and Margot developed a number of extended jokes that they engaged in over text message, which continued when Margot went home for winter break. When she returned to college, she and Robert agreed to see a movie together. When she got into Robert’s car, Margot started to worry about her safety and thought about how little she really knew about Robert. Robert was awkward and uncommunicative, making Margot worry that she had done something wrong.

After the movie, Robert suggested they should get a drink somewhere and Margot agreed even though she was not enjoying herself. Margot suggested a student bar she often frequented with her friends, but Robert insisted on somewhere else. Margot was declined entry into the bar suggested by Robert because she was only 20. Robert was surprised by how young Margot was. Margot was upset and cried. Robert kissed her and Margot was shocked at how bad Robert was at kissing.

Margot and Robert went to another bar and Margot started to wonder what it would be like to have sex with Robert. She suggested that they should go back to Robert’s place. At Robert’s house, Margot once again began to wonder about her safety and was relieved to see that Robert’s house seemed normal.

They went into Robert’s bedroom and Margot was overwhelmed by the feeling that she did not want to have sex with Robert after all. Despite this feeling, Margot decided to have sex with him anyway because she could not think of a way to politely or tactfully back out at this point. They had sex, which Robert seemed to enjoy but which Margot really did not. Afterwards, Margot asked Robert to take her back to her dorm. He was surprised that she did not want to stay over, but he agreed and took her home.

Outside Margot’s dorm, Robert told Margot that he had had a good time and Margot lied and said that she had enjoyed herself as well. Over the next several days, Robert sent Margot several text messages and she worried about how to respond to him in a way that would communicate that she did not want to see him again. Eventually, bored of Margot’s dithering over telling Robert how she felt, Margot’s roommate Tamara snatched Margot’s phone and sent Robert a blunt message pretending to be Margot telling him that she is not interested in him and to stop texting her. Robert replied that he was sorry to hear that and to let him know if she changed her mind.

A month later, Margot saw Robert at the student bar she had previously told Robert that she liked to go to with her friends. Margot was unsettled by seeing Robert there and told her friends about it. They were protective of Margot, surrounded her, and marched her out of the bar.

Back at her dorm, Margot received a string of text messages from Robert which began in a complimentary tone. However, when Margot did not reply, Robert’s messages became increasingly aggressive and insulting, asking her personal questions about her sex life, and culminating with the one-word final line of the short story: “Whore”.

More summaries and resources for teaching or studying Cat Person.