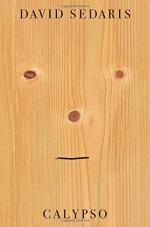 Related Topics
Barrel Fever: Stories and Essays
David Sedaris
Dress Your Family in Corduroy and Denim
Holidays on Ice
Me Talk Pretty One Day
Naked
Let's Explore Diabetes With Owls
When You Are Engulfed in Flames
Theft by Finding: Diaries
Happy-Go-Lucky

Calypso - The One(s) Who Got Away Summary & Analysis

One night over dinner, after being together for almost three decades, David asks Hugh how many people he had slept with before they became a couple. Hugh counts and thinks for a long time. David knows he should not be surprised as Hugh is objectively very handsome but, "that said, some of Hugh's earlier choices seemed poorly thought-out" (158). As Hugh keeps counting, David thinks that "every man ticked off on his fingers was someone I'd been compared to at one point or another" (158). He wonders how they both escaped the AIDS epidemic and not only escaped, but prospered. As Hugh hits the half-hundred mark and "blithely sailed beyond it" (159). "Whore," David thinks.

This very short and humorous essay offers insight into David and Hugh's relationship, as well as into each of their characters. The fact that David is...

(read more from the The One(s) Who Got Away Summary)