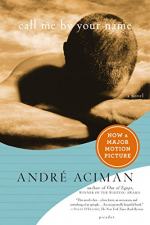 Call Me by Your Name Symbols & Objects

Billowy – the name given by Elio to one of Oliver’s shirts – symbolizes Elio’s desire to remember the time he spent with Oliver and to give it continued meaning in his life after Oliver leaves. In advance of Oliver leaving, Elio requests to keep the shirt himself so that he can wear it and smell it and continue to feel Oliver’s presence in his life even after he has gone.

The peach that Elio ejaculates into, and that Oliver later eats, is symbolic of the growing intimacy between the two men. Elio feels that, by eating the peach, Oliver is taking a part of Elio inside of himself, uniting them as one.

Oliver’s bathing suits are symbolic of Elio’s obsessive personality and his tendency to read meaning into Oliver’s actions when they do not truly have any significance...

Call Me by Your Name from BookRags. (c)2023 BookRags, Inc. All rights reserved.