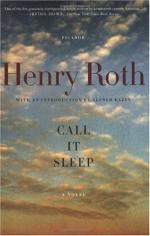 Herschel Roth was born on February 8, 1906, in the Austro-Hungarian region of Galitzia (also spelled Galicia), in present-day Ukraine. His family immigrated to the United States while he was still a baby, and as a child he lived for several years on New York's Lower East Side, the setting for Call It Sleep.

Roth became interested in writing after being exposed by university friends to authors such as T. S. Eliot and James Joyce, the latter of whose stream-of-consciousness experimentation with language had a profound impact on Roth's own writing. His first novel, Call It Sleep, was published in 1934 to excellent reviews but poor sales.

Although Roth still occasionally sold short story to magazines such as the New Yorker, he gave up on writing as a primary occupation and became a poultry farmer in Maine. Thirty years after its initial publication, Call It Sleep experienced a...