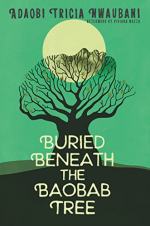 The hijab is a sign of religious affiliation and just as religious affiliations shift over the course of the novel, so too does the meaning and significance of the hijab. In the beginning, characters who wear the hijab, like Aisha, because they are devout Muslims. However, after Ya Ta and others are abducted by Boko Haram, the hijab becomes a sign and symbol of their oppression. The girls do not choose to wear the hijab; they are forced to wear it.

The baobab tree referenced in the title is a symbol of how radical fundamentalism and terror distort and undermine even the most comforting images. Though Ya Ta and Sarah are initially comforted by the sight of the baobab tree, they are in fact horrified to discover that it is being used as the marker for a mass grave.

Buried Beneath the Baobab Tree from BookRags. (c)2022 BookRags, Inc. All rights reserved.