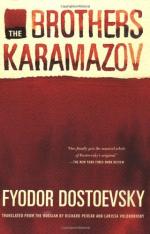 Today: Russia is developing democratic institutions based on the American model.

Today: Agricultural problems are still frequent in Russia due to poor infrastructure, inadequate resources for private farms, and a lack of credit sufficient to finance farming.

Late 1800s: The United States experienced an industrial revolution that would catapult it to the fore of manufacturing by the twentieth century.

Today: The United States is in the midst of an information revolution that has created significant economic benefits. These innovations have changed the way people communicate and do business in the twenty-first century.