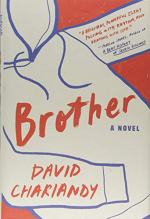 This detailed literature summary also contains Quotes and a Free Quiz on Brother: A Novel by David Chariandy.

The following version of this book was used to make the guide: Chariandy, David. Brother. New York: Bloomsbury, 2018.

David Chariandy's novel is narrated in the first-person by Michael, who has lost his older brother, Francis, and now cares for his heartbroken mother. Each chapter is further broken up into unmarked sections that move through time in a nested structure of memory that lays out Michael's relationship with and loss of Francis. The narrative often makes sudden shifts between the present and various storylines in the past. After a brief prologue where Michael and Francis climb a utility pole and speak about memory as a survival tactic, the novel opens in the present with the arrival of Aisha. After a decade away, Aisha returns to The Park—a housing complex where she and Michael grew up in the impoverished Scarborough district of Toronto—to grieve her recently deceased father. Michael still lives in his childhood home with his mother, and it is quickly clear that Francis is gone and neither Michael nor his mother have moved on.

The novel then switches to the past tense and lays out the history and context of Michael and Francis's lives. They were both born in Toronto to Trinidadian immigrant parents, but their father left when they were young. Their mother worked multiple cleaning jobs and commuted all over the city to try to provide for them. Her exhausting schedule meant that they were often left home alone. While their mother was away, Michael and Francis would explore Scarborough—a neighborhood densely packed with immigrants and people of color—and the Rouge Valley, a lush park that cuts through their neighborhood. As they got older, they began to realize that they needed to navigate society carefully as young black men. They were suspected of being thieves or thugs, and they were funneled into basic academic programs in school that were meant to push them out. Francis was popular, he gained a reputation in the neighborhood and he looked out for Michael, who was awkward and often targeted by bullies. During this period Francis's relationship with his mother became increasingly strained.

One night, while walking around their housing complex, Michael and Francis witnessed a fight that escalated into a shooting. A neighborhood boy they knew named Anton was killed in front of them. The police stopped and questioned Michael and Francis at the scene of the shooting, leading to a cop hitting Francis, and then eventually escorting them home in front of many gawking neighbors.

The second chapter begins after the shooting, and after Francis dies, but before the present. We see how Michael's mother has fallen apart with grief over Francis's death, and how she occasionally loses touch with reality. In a quick shift to the narrative present, Michael goes to work at a food warehouse called Easy Buy, where his manager Manny is abusive and his situation is precarious and difficult. The narrative shifts back to the past to show how Michael and Aisha's relationship developed, and how Francis changed after the shooting incident. Francis left home shortly after the incident to live in a barber shop called Desirea's with his best friend Jelly. After the shooting, the Park came under constant police scrutiny. Aisha, fed up with police harassment of her neighbors, threw a piece of asphalt through a cop car's window.

In the narrative present, we learn that Aisha travels the world as a freelance computer programmer, and she wants to plan a memorial for Francis. She believes that Michael's mother is suffering from complicated grief and that she's stuck in a cycle of suffering.

In the past, after Francis left home, their mother began to lash out at Michael. Eventually Michael went to find Francis at Desirae's. Francis took Michael to try to visit their father, who blew them off and refused to see them.

In the narrative present again, Aisha brings Francis's friend Jelly over to visit Michael's mother. Michael is wary but has to go to work. When he gets home his house is full of people and his mother is showing off old photos and listening to music. Michael gets upset and kicks everyone out.

In a flashback to the narrative past, Michael began hanging out at Desirea's and joined Francis's friend group. Jelly was a DJ, and the group of friends were trying to help him prepare for a big concert where they hoped he would get picked up by a famous producer. Aisha invited Michael into her house, and they had sex. The crew held a rehearsal concert at Desirea's where Jelly played a set late into the night until the police came and broke it up. Francis got defensive of Jelly but eventually backed down and let the police search him. The next day, at the auditions for the concert, Jelly played a fantastic set, but the promoter was uninterested and shooed them off. Francis didn't want to leave without trying to convince the promoter to give them another chance but could not get past the bouncers. He punched one and then got severely beaten by the team of bouncers. When they got home, Francis was concussed and injured. He cried and apologized to his mother repeatedly, then took off for Desirea's.

In the narrative present, Aisha comes back and wakes Michael up to tell him that his mother was in an accident in the middle of the night. She had wandered into the road and was hit by a car. Michael yells at Aisha and Jelly to leave him alone, and then leaves with his mother in the ambulance.

In a flashback, Michael remembers taking a trip to Trinidad with Francis and his mother. There is another flashback to an early experience of racism. Finally, the story of Francis's death is told. The night he was beaten by the bouncers he returned to Desirea's and the cops showed up. Francis was upset and had a concussion; he refused to comply and demanded to know what law they broke until a police officer shot and killed him. In the narrative present, Michael's mother survives the accident. They go home from the hospital and have Jelly and Aisha in the house, they play music, cook food, and it seems that Michael's mother is finally beginning the process of moving forward in her grief.