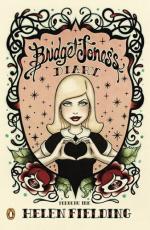 Saturday 3 June: Bridget is enjoying having a boyfriend. She fantasizes about a vacation together. They plan to go to a party at one of his friend's and then to the park or to a pub in the country the next afternoon.

Sunday 4 June: Rather than spending a nice summer day at the park or in the country, Daniel wants to spend all afternoon indoors, with the curtains drawn, watching cricket. Bridget is disappointed. At the party the night before, Daniel and Bridget were introduced to a woman that Daniel apparently had slept with and didn't remember.

Tuesday 6 June: Bridget is working from home. She's mostly distracted from her work by brochures of mini-breaks that she can take with Daniel. Then she begins suspiciously fantasizing that he's having an affair. She surmises that as one gets older, dating becomes so loaded with expectations that...

(read more from the June Summary)