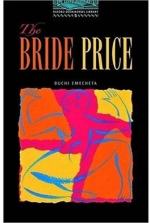 Buchi Emecheta
This Study Guide consists of approximately 59 pages of chapter summaries, quotes, character analysis, themes, and more - everything you need to sharpen your knowledge of The Bride Price.

Pre-Colonial Times: Traditional rule is centered in the village with the chief as the head. Women affect decisions due to their strong economic status.

Colonial Times: Due to the influence of European standards, women are subjugated to a domestic role and ruled by the male leader of the family. Although chiefs retain some autonomy in the village, they are overseen by local, European- based, government officials.

1960: Nigeria is given full independence.

1967-1970: Ibo people unite, secede from Nigeria, and form the country of Biafra until their surrender in 1970, when they are reintegrated into Nigeria.

Colonial Times: European influence brings Christianity to the Ibo people. During this time, a mixture of Christian and traditional Ibo religions prevails, although Europeans try to outlaw the traditional practices.

1980: The majority of Ibo people are Christians, although some...

More summaries and resources for teaching or studying The Bride Price.

The Bride Price from Gale. ©2005-2006 Thomson Gale, a part of the Thomson Corporation. All rights reserved.