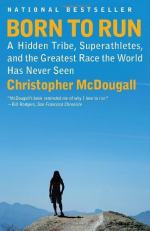 Born to Run: A Hidden Tribe, Superathletes, and the Greatest Race the World Has Never Seen - Chapters 13-18 Summary & Analysis

In Chapter 13, science, psychology, and the intensity of the Leadville race began to show. Dr. Joe Vigil knew about running and the psychology of running and he was there at the race to see what he was missing. He wanted to know exactly what it was that made Ann and the Taramuhara stand out.

The Taramuhara made such a sensation with their running that many people didn't realize what Ann was quietly doing. If it had not been for the tribal runners, she would have been the first person to ever win the Leadville race. She was determined that this year would be different.

Joe had his eye on the Leadville race in particular because it was a race that didn't make sense. Older people did better than younger people, and half the men dropped out while most...

Born to Run: A Hidden Tribe, Superathletes, and the Greatest Race the World Has Never Seen from BookRags. (c)2023 BookRags, Inc. All rights reserved.