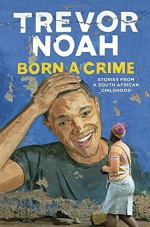 Apartheid is the name given to the social, economic, political, and legal state of governance in South Africa for almost 50 years in the middle of the twentieth Century. The causes, conditions, and consequences of apartheid are too numerous to go into in this analysis: the author goes into a few in his book, examining it from both a personal and a cultural perspective. The bottom line point to note about apartheid is that it was based in, and defined by, principles anchored in racism: specifically, that the white race was superior on just about every level to any non-white race, particularly blacks.

South Africa is a relatively large, independent nation on the southernmost tip of Africa. It is the home of a large number of ethnic tribes, or independent communities, and was colonized by white European settlers in the 1600s, 1700s, and 1800s. These colonists...