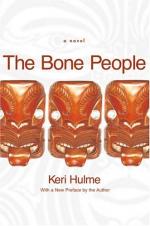 Kerewin finds a sandal on the beach while walking home, but quickly disregards it as belonging to a child who was wandering around. She comes to find it belongs to Simon Gillayley when she discovers him hiding in her house.

The Tower is the home Kerewin built on the farthest part of the beach after she won the lottery. After Joe is taken to prison, she dismantles the Tower because she is filled with guilt over the fight between Joe and Simon.

Simon gives Kerewin his prized possession, a rosary with semi-precious stones and ring with a phoenix coat of arms. Kerewin uses this to try to learn more about Simon’s past, but learns it may have belonged to an old Irish family that does not want to know anything about the rosary or its current whereabouts.

Kerewin’s golden guitar is her...