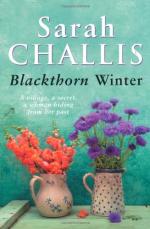 Sarah Challis
This Study Guide consists of approximately 33 pages of chapter summaries, quotes, character analysis, themes, and more - everything you need to sharpen your knowledge of Blackthorn Winter.

Lila loves visiting Paris. Lila also has positive associations with the city, from the time she spent there with one of her friends. Her first love affair had been with a boy in Paris. Lila is revisiting four years later. Lila meets another man while visiting Paris.

Jerome is starting to feel more at peace in the countryside where his mother lives. Jerome often sees Jena's father during his early morning strolls with Finn. Jena's father is always heading into the woods. One morning, Jerome runs into Jena and he is amazed at how well her horse, Jigsaw, jumps. Jena admits to...

More summaries and resources for teaching or studying Blackthorn Winter.