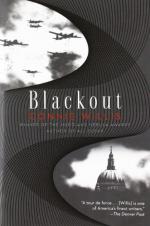 "And now that Hitler's coming to his senses and realizing Europe won't stand for his nonsense, there's no reason not to have them with us" (Warwickshire - February 1940, p. 31).

"Come home at once. Mum's very bad. I hope you are in time. Kathleen" (Warwickshire...