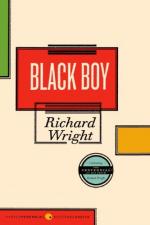 Boyle's short story "White as Snow" (1933) is another story of a child's introduction to racial prejudice. Like "Black Boy," it is told from the point of view of a white child who does not understand discrimination, in this case against her African-American governess.

Hugh Ford's Four Lives in Paris (1987) explores four American expatriates who lived and created in Paris in the 1920s. Along with his discussion of Boyle, Ford presents the composer George Antheil, social and political critic Harold Stearns, and New York editor Margaret Anderson.

Mark Twain's Huckleberry Finn (1884) chronicles the voyage of Huck Finn, a poor white boy, and his companion Jim, a runaway slave, down the Mississippi River. Huck learns to overcome racial prejudices during his journey.

The Color of Water (1996) is a memoir by James McBride of growing up in a large, poor family with an...