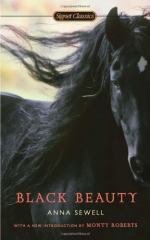 Anna Sewell's mother was the author of a number of morally instructive children's books and verse. Research Mary Sewell, describing the content and intent of her works and how they fit into Victorian times.

Female novelists were scarce during the Victorian period. Research other notable women writers and their works during the nineteenth century in Britain and the United States, and discuss what they did (or did not) have in common.

The Victorian Age is named after Queen Victoria, who ruled Great Britain longer than any other monarch. Write a summary of the life and reign of Victoria, discussing her impact on the royal families of Europe through the marriages of her children and grandchildren.

The size and influence of the British Empire peaked during the reign of Queen Victoria. Outline the growth of the empire around the world, including the beginning...