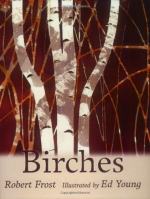 The Poetry of Robert Frost (1969) includes all of the poems mentioned in this article and remains the standard source for Frost's work.

The American poet Galway Kinnell also features New England as the setting for many of his poems. His Selected Poems(1982) includes "For Robert Frost," an account not only of his visit with Frost but an assessment of his life and career as a poet.

Homage to Robert Frost (1996) includes essays about Frost and his poems by (among others) Nobel Prize winners Joseph Brodsky, Seamus Heaney, and Derek Walcott.

Peter Davison's The Fading Smile: Poets in Boston, 1955-1960 (1994) examines Robert Frost, Robert Lowell, and Sylvia Plath, among others, who were some of the best poets working in the United States at the time.