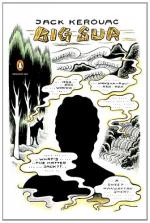 This detailed literature summary also contains Topics for Discussion and a Free Quiz on Big Sur by Jack Kerouac.

First published in 1962, just seven years before Jack Kerouac died of an abdominal hemorrhage brought on by his excessive consumption of alcohol, "Big Sur" chronicles the summer of 1960, a summer Kerouac spends in California around Big Sur. The novel is another of his many autobiographical works, this time chronicling the daily reality of his extreme alcoholism and his first resulting meltdown with intensely vulnerable honesty and personal insight. The story moves from his accepting the invitation from a friend for him to spend three months alone at the Big Sur cabin to sober up and rest, through his short time there alone with nature and his thoughts, to his returning to the life of wild times with friends, both in San Francisco and Big Sur until he winds up in a complete mental breakdown brought on by the length and character of the bender that ensues.

At the opening of his story, Kerouac describes the constancy of the visits and parties that have followed him around since he established himself as an authority on the Beat Generation. He has retreated to his mother's house, and the kids still come and find him for inspiration and parties that go on for days, until Monsanto, a bookstore owner living in Big Sur, invites Kerouac to tuck himself secretly away at Big Sur. And so he does, becoming saturated with the natural world and its wildlife, the scale and distinctive look of the cliffs, the rhythms of the tides, and telling himself that to live simply and without wild bouts of parties and alcohol would be the ideal consummation of his life and learning.

Having sat by the sea writing down its sounds for several weeks, Kerouac's thoughts turn to friends, the idea that campfires and women are what he really wants, and so he obeys what he hears the sea telling him, to go to his desire. He hitchhikes to San Francisco and reconnects with several of the city's poets and artists, characters from "On the Road," and catches up with all of their stories in a long bout of more drinking and adventuring. Their conversations are heady and philosophical, intermingled with play and nonsensical ruminations, purely for the sake of imagination and intellectual dance.

Hints at his madness soon begin to appear, centered on a preoccupation with death triggered by the death of his beloved cat, Tyke. Kerouac begins to suspect that the people around him are conspiring to make him crazy, and links the suspicion to dreams of his youth. The days of drinking connect in long progression, and he describes the torment in his body and mind that result from the long days of drinking and more drinking, expressing his compassion for the drunks in the gutters and their inescapable misery.

Connecting in the end of the story with a woman bent on suicide and killing her small child if Jack does not marry her, Kerouac returns to Big Sur for the culmination of his madness, overcome with the reality of death all around him and the hopelessness of the cycle he is in, disgusted by his mistake in bringing them back to the place that had once been a sacred haven for him. The story's final lines record his waking from a nap with his torment only a memory and the confidence that everyone would live in the end and everything would be right again. The book closes with the inclusion of the poem he wrote during those first weeks he spent sitting and listening to the sea.