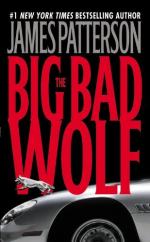 Cross is a career law enforcement man who has just joined the FBI as this story opens. Characterized as a man who loves being out on the street solving hard cases, Cross is gutsy, defies authority and is unendingly persistent.

As much as Cross loves being in law enforcement and chasing bad guys, he is a devoted family man and tries his best to create a good home for his children, which brings him both fulfillment and frustration. Throughout the story, he struggles to find time for his young children while under pressure to solve his big case. Then, the mother of his youngest son, Little Alex, reappears and begins proceedings to take custody of the young boy she abandoned a year earlier.

As for his love life, Cross tries to maintain a romantic relationship with a homicide officer on the opposite coast in San Francisco, named...