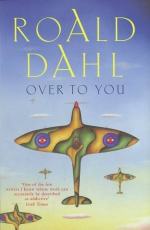 This detailed literature summary also contains Quotes and a Free Quiz on Beware of Dog by Roald Dahl.

The following version of this story was used to create this study guide: Dahl, Roald. “Beware of the Dog.” The Collected Short Stories of Roald Dahl. Penguin Books, 1992, p. 300 – 310.

An RAF pilot was flying over the English Channel, thinking about how he would communicate his injury to his comrades. He thought he would joke with them about his dismembered leg, but before he could land the plane, the pilot fainted.

When he awoke, the pilot was gripping bedsheets in a hospital. He stayed in the hospital for many days, being cared for by a nurse and a doctor. He was told he was in Brighton, but sounds of German war planes and other signs made the pilot begin to think that something was amiss. After some investigation, the pilot realized that the nurse was lying to him, and he was in France. When the nurse brought in an RAF commander to question the pilot, the pilot only answered with his basic army registration information.