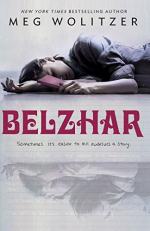 This detailed literature summary also contains Quotes and a Free Quiz on Belzhar by Meg Wolitzer.

Five students are chosen to participate in a special English class at a school for emotionally traumatized teens in the novel “Belzhar” by Meg Wolitzer. Jamaica “Jam” Gallahue and her fellow students are given journals that allow them to travel to a place the students decide to call Belzhar. In Belzhar the students’ lives are as they thought they were before they suffered their trauma allowing them a place of peace in their pain. Through the course of the class Jam and the other students develop deep friendships as they share their stories of trauma and depression.

Jam is sent to The Wooden Barn because she went into a deep depression after the “death” of her boyfriend. She was among five students chosen to participate in Special Topics in English. On the first day of class Mrs. Quenell gave the students red leather journals in which they were to write. Jam is shocked when she writes in her journal for the first time and is transported for a short time to a place where Reeve, her boyfriend, is still alive and well. She begins to talk to the other students and learns they had similar experiences when they wrote in their journals. They began to meet in secret so they can discuss the strange experiences they are having.

Because Jam is not able to go home for Thanksgiving break when a snowstorm hit the area, Griffin, another student in the class, invites her to stay with him at his parents’ goat farm. She learns he is attending The Wooden Barn because he and his friend accidentally set a barn on fire. The barn was destroyed and all the goats killed. After Jam listens to Griffin’s story she is not angry with him, as he expected, but she instead kisses him. Jam tells him they can’t have a relationship because she thinks she is cheating on Reeve.

As the semester comes to a close the students learn that when they write for the final time in their journals they will have to go through the experiences that brought them to The Wooden Barn in the first place. During her final visit to Belzhar Jam realizes that Reeve never loved her. She had been infatuated with him and had interpreted his behaviors in a way that supported her belief that he did love her. When he finally confronted her with the fact he didn’t love her Jam “killed” him in her mind because it was too painful for her to accept the rejection. Once Jam accepts the truth about Reeve, she is freed to leave Belzhar for good and love Griffin completely. The story addresses the idea that trauma can come from a variety of sources and have varying effects on different people. Themes in the novel include depression, friendship and literature.