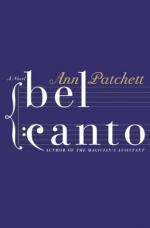 This detailed literature summary also contains Topics for Discussion and a Free Quiz on Bel Canto: A Novel by Ann Patchett.

Bel Canto is a story about a group of people from various parts of the world who come to a developing country in South America and attend a function to hear Roxane Coss sing and encourage a businessman to invest in that country. Shortly after the performance is finished, the lights go out and the entire room is taken hostage by a group of kidnappers. As the weeks and months unfold, the lives of both the kidnapped and the terrorists change as they endure a stalemate between the terrorists and the local government.

Interestingly, this novel progresses far beyond its overall plot of a group of people being held against their will. Against this backdrop of violence and fear, the story unfolds as one of the most romantic and beautiful plotlines ever written. Roxane Coss is the reason why Mr. Katsumi Hosokawa flies to this South American country. The local politicans there have planned a birthday party for him to encourage him to invest in their country. Mr. Hosokawa has no intention of investing there, but when he hears that Roxane will be singing, he agrees wholeheartedly to attend. He is an avid fan of opera and Roxane is the premiere soprano in the world.

Gen Watanabe is the translator for Mr. Hosokawa as he travels around the world. He is very loyal to Mr. Hosokawa and after the terrorists take over the room, he plays a central role in everyone's lives. Many of the people in attendance speak a language other than Spanish, the host country's language. Mr. Hosokawa and his associate speak Japanese. Roxane speaks English. The terrorists speak Spanish and a colloquial form of Spanish from their region. There are also a number of Russian men in the audience as well. When the negotiator Messner arrives, he speaks Swiss and some broken Spanish. Gen is able to translate for everyone to ensure that they can all communciate.

Initially, everyone lives in fear of the terrorists. Messner encourages them to let all of the women, the sick and the wounded leave within the first few days. All leave except Roxane Coss, whom the terrorists force to stay. Their plan had been to take the President at this function, but at the last minute, the President does not show up. They keep Roxane because she is a celebrity and they feel it gives them more bargaining power.

As the weeks progress, everyone—terrorists and hostages alike—settle into a routine. Roxane will sing for everyone in the morning to practice and they all take on different responsibilities. The Vice President, for example, continuously plays host to not only the hostages but the terrorists as well, cleaning up after everyone and making sure they are comfortable despite the fact that he rarely spent time in the house before. The other kidnappers read the newspaper as it is delivered with the daily rations the government sends in with Messner to keep the hostages comfortable. The terrorists watch television, which they were unfamiliar with previously, and some learn a new skill or talent. Carmen, for example, is surreptiously taught how to read and write in Spanish and English at night by Gen. Cesar is naturally talented with music and Roxane begins to tutor him. Another terrorist Ishmael learns chess.

Along the way, nearly every man in the room falls madly in love with Roxane. She is described as a "pocket Venus" and is the perfect representation of beauty, love and grace for all of the men in the room. She, however, falls in love with Mr. Hosokawa, despite the fact that they cannot communicate in the same language; they must rely on Gen for that whenever he is able to help them. They eventually consummate their relationship at night and from then on, are wholly inseperable despite the fact that Mr. Hosokawa has a wife and family back in Japan.

Gen, meanwhile, falls in love with Carmen, the young terrorist he is tutoring secretly at night in the china closet. They, too, consummate their relationship in the park outside the house, but can never openly demonstrate their affection for one another because they are separated during the day as hostage and terrorist.

Life continues in this way for some time as Messner tries to warn the terrorists to give in and walk away as these situations never end well. He is ultimately correct when one day, the government sends in their army. The soldiers shoot without warning and kill all of the terrorists before they can realize what has happened. By this time, however, many of the hostages and terrorists are friendly with one another and so the end of the stalemate is not a relief to anyone in the house.

Every terrorist is killed in the attack. However, a single bullet accidentally kills Mr. Hosokawa and Carmen simultaneously.

After the attack, the Thibaults, French ambassadors to this South American country who had been kidnapped along with the rest, attend a wedding. It is the wedding of Gen and Roxane, who have fallen in love and married for the love of everyone. They are in Lucca, Italy and the four of them spend the day together to celebrate the new marriage of Gen and Roxane together.