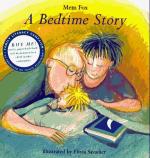 George MacBeth
This Study Guide consists of approximately 21 pages of chapter summaries, quotes, character analysis, themes, and more - everything you need to sharpen your knowledge of Bedtime Story.

1950: Scottish Nationalists steal the "Stone of Destiny" from Westminster Abbey. This was Scotland's Coronation Stone, taken by the English in 1296. By tradition all British Monarchs have to be crowned while sitting on it. It was eventually recovered from Arbroath Abbey.

1996: The Stone of Destiny is finally returned to Scotland permanently, 700 years after it was stolen by Edward I.

1997: Scottish people voted yes for "Devolution" for Scotland, by a 75 percent majority. This would give Scotland it's own parliament, not tied to English parliamentary systems, for the first time in several centuries.

1958: The most prominent political party of the...

More summaries and resources for teaching or studying Bedtime Story.

Bedtime Story from Gale. ©2005-2006 Thomson Gale, a part of the Thomson Corporation. All rights reserved.