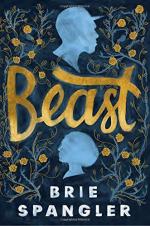 Brie Spangler
This Study Guide consists of approximately 39 pages of chapter summaries, quotes, character analysis, themes, and more - everything you need to sharpen your knowledge of Beast.

Appearances can be deceiving

From first appearances, Dylan is intimidating. He is a large, hulking, muscular, hairy kid who is clearly not outgoing. Few would guess he is intelligent, or has suffered greatly after the death of his father. From first appearances, Dylan’s mom seems to be a normal mother, concerned with the safety and welfare of her son. But in reality, Dylan’s mom is a human being with her own hopes, dreams, and sadness.

From first appearances, JP is handsome. He is also wealthy, popular, and well-respected at school. Few...

More summaries and resources for teaching or studying Beast: A Novel.