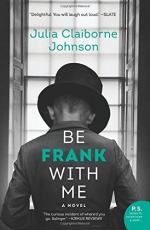 Be Frank With Me Setting

Alice works in a publishing house in New York. She got the job because she is good with computers. She fits in well in the world of business, which New York represents. Like a computer, Alice is competent and careful. New York represents order, business, and a type of logic that Alice does not experience in Los Angeles. Toward the end of the narrative, Alice says that she has been in Los Angeles for too long and it is time to leave.

Los Angeles is where Mimi, Frank, and Xander live and it is where Alice must go to help Mimi while she works on her book. It is a place where people go when they are young to find fame and end up spending more time than they had originally planned. Before they know it, they are much older. Alice realizes that she has...

Be Frank With Me from BookRags. (c)2022 BookRags, Inc. All rights reserved.