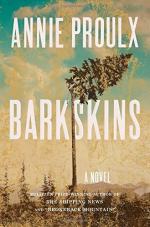 Chapter 8 begins when Charles Duquet flees from Trépagny. He hikes through the woods for weeks, facing hunger and thirst. After being attacked by an animal over a scrap of meat, Duquet is severely wounded and left for dead until a group of French fur traders stumble upon him and take him to an Ojibwa village.

In the village, Duquet regains his strength and befriends a Dutch-French man named Forgeron. Forgeron teaches Duquet about the fur trade, which he says is in decline. He and Duquet begin to work together, bartering for furs and re-selling them. Forgeron says he believes the logging industry is filled with untapped wealth. Forgeron finds work as a land surveyor, and Duquet continues his travels with the Trépagny brothers.

In Chapter 9, Duquet turns his business to lumber. He aims...