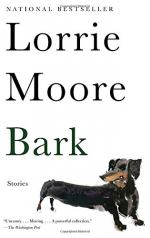 In “Debarking”, divorcee Ira Milkens attempts to get back into the dating world by going out with Zora, a woman who is mentally unsound and unhealthily obsessed with her 16-year-old son – things which he overlooks due to Zora’s attractiveness and his own loneliness. It is an unusual situation that Ira never seems to overcome.

In “The Juniper Tree”, the narrator fails to see her friend, Robin, before Robin dies, and must therefore deal with the loss. She and some mutual friends of Robin's engage in a nighttime toast to Robin's life, and her memory.

In “Paper Losses”, an aging hippie couple heads for divorce after they are unable to live up to their former, idealized perceptions of one another. This involves everything from their politics to what they have come to look like in middle age.

In “Foes”, a liberal, late-middle-aged white man has his political convictions challenged by a young, beautiful, conservative Asian-American woman. It is something very unexpected, and throws him off-balance. Only on the way home does his wife manage to set the man back on course.

In “Wings”, a musician in her late-thirties takes advantage of an elderly man’s loneliness in order to steal his wealth and his house. In the process, the woman also ditches her boyfriend, who has been a sponge on her for years.

In “Referential”, a woman unknowingly begins to end her eight-year relationship with Pete as her son prepares to come home from being institutionalized. Pete has remained steadfastly loyal to her, even coming to visit her son with her in the hospital -but receives no such loyalty in return.

In “Subject to Search”, Tom must cut short his delayed romantic holiday in France in order to return to America to consult on the Abu Ghraib prison scandal. Liberal in politics, Tom is both saddened by the fact the the soldiers involved are too young to know any better, and annoyed that there is a war going on at all.

In “Thank You For Having Me”, the narrator attends the second wedding of her daughter’s former babysitter, which is mistaken for another wedding by a gang of bikers intending to crash it. Realizing their mistake. they apologize. As such, the narrator comes to understand that the mistakes of the past are in the past, the present must be lived for itself, and not for loss.