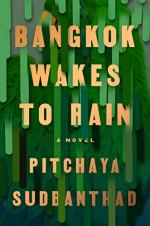 This detailed literature summary also contains Quotes and a Free Quiz on Bangkok Wakes to Rain by Pitchaya Sudbanthad.

The following version of this book was used to create the guide: Sudbanthad, Pitchaya. Bangkok Wakes to Rain. Penguin Random House, 2019.

Bangkok Wakes to Rain features several interconnected stories spanning from the late 19th century to the mid-21st century. Central to each is the connection to the Thai capital.

In late 19th century Siam, Dr. Phineas Stevens arrives to join a missionary movement in Bangkok. To Phineas, the locals seem wild and superstitious, and several regard him with little respect. Almost immediately, Phineas wants to leave Siam. One day, a local named Bunsahk falls from a swing. Instead of helping him, Phineas lets the local witch doctor take him away, knowing his inaction might endanger Bunsahk's life. Phineas later becomes sick with cholera, and Bunsahk and his son come to him and provide him with medicine. Phineas survives and sets up an import-export business in Thailand.

Bunsahk's descendent, Sammy grows up in the house that his ancestor built. As an adult, Sammy distances himself from Bangkok, choosing to live first in Sweden, and then the United States in the 1970s. Sammy enjoys his individuality and dislikes commitment in both his jobs and relationships. He works as a freelance photographer and keeps his romantic relationships short. Eventually, he settles down in Vermont, seemingly committed to his role as a lodge owner and father.

One of Sammy's short-term relationships is with Nee. Nee grows up in Bangkok and as a university student, attends the protests of 1976. She is there at the football field when the Thai military opens fire on the demonstrators. Nee's boyfriend, Siripohng dies, and she has to swim for hours to her safety. After university, Nee works as an office girl at a condominium that developers put up on the land of Sammy's old house. After her mother dies, Nee has no family in the capital. Her sister, Nok, lives in Japan, where she owns a restaurant. At the condominium, Nee teaches swimming lessons to the children of the building. Eventually, in her late thirties, she has a child of her own.

Mai grows up in the condominium building that Nee works at and learns how to swim from the latter. As a young adult in the 2010s, Mai struggles to adapt to the superficial social media era. She gets plastic surgery done so she can feel beautiful. As an adult, she leaves Bangkok to work in New York City. There she becomes very successful in working for a technology company. To avoid death in her elder years, Mai transfers her consciousness to a virtual portal. Every now and then, she returns to her a virtual version of her condominium building as the real building, much like Bangkok, has been washed away by floods.

As these stories progress through centuries, Bangkok transforms. It begins, in Phineas's time, as a small capital, but more and more development occurs, and by the late 20th century, emerges as a metropolis. In the early 21st century, floods threaten the city's existence, and by mid-century, the city has drowned. Thus, the novel traces the history and future of Bangkok, through the lenses of multiple characters.