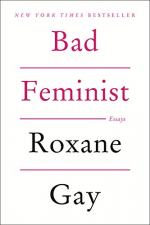 Roxane Gay
This Study Guide consists of approximately 36 pages of chapter summaries, quotes, character analysis, themes, and more - everything you need to sharpen your knowledge of Bad Feminist.

Gay identifies as a bad feminist because she is imperfect and cannot live in total accordance with the so-called rules of mainstream feminism. Gay recognizes that many women likely feel similarly, as demonstrated by their resistance to the movement. Gay rejects essential feminism which implies that there are right and wrong ways to be a feminist and advocates for an inclusive, intersectional feminism which supports the rights of all women.

In Part One, Gay writes about her identity as a black woman and the struggle to find representations of people like her in academia and the mainstream media. Although she is a member of several minority groups, Gay acknowledges that she is privileged in many ways. She is a tenure-track professor living in a small town. She writes about her experiences as a first-year teacher as well as finding a sense of community through competitive Scrabble.

Part Two focuses on issues of gender equality and sexual violence. Gay critiques a number of books, movies, and television shows written by, for, and about women. These include Sweet Valley High, Miss America, Bridesmaids, Girls, Play It As It Lays, Green Girl, Girlfriends, Twilight, and Fifty Shades of Grey, among others. Gay argues against the belief that we are living in a post-feminist society. She provides examples of gender inequality to demonstrate that, although conditions have improved for women, there is still a long way to go. For example, Gay feels that women and fictional female characters are held to unfair standards of likeability. She also writes about body image issues, rape culture, and the prevalence of sexual violence to demonstrate that feminism is still an essential movement. She even shares her own experience of sexual abuse while in middle school. Gay touches on inequalities in a variety of spheres. She writes about LGBTQ+ rights and the fact that the male experience is still valued above the female experience when it comes to what literature is considered “highbrow art.” She also discusses how the entertainment, music, and comedy industries contribute to rape culture by normalizing and joking about sexual violence. To conclude this section, Gay writes about the danger of the fairy tale ideal which demands women make disproportionate sacrifices for the sake of their relationships.

In her section on Race & Entertainment, Gay critiques the portrayal of African Americans and their stories in film and television. She writes cultural criticism on The Help, Django Unchained, 12 Years A Slave, Fruitvale Station, and the films of Tyler Perry. In all cases, Gay is looking for accurate and nuanced portrayals of the black experience which go beyond stereotypes and cliché stories.

Part Four connects the themes of gender, race, and politics through a variety of stories and examples. Gay writes at length about reproductive freedoms and advocates that they be an inalienable right as opposed to a political campaign issue. She writes about society’s preconceptions and stereotypes regarding criminals and terrorists. She challenges the idea that all terrorists and criminals fit a certain racial profile and calls on society as a whole to end racial inequality. In the face of injustice and tragedy, Gay advocates compassion.

Part five is composed of two essays which stand in as the book's conclusion. In these essays, Gay outlines essential feminism in more detail and reiterates her belief that feminism should make room for a variety of human experiences. Because she believes in gender equality but does not t always feel allied with the tenets of mainstream feminism, Gay reiterates her identity as a "bad feminist." Yet, despite its flaws in contemporary society, Gay believes feminism is a necessary movement.

More summaries and resources for teaching or studying Bad Feminist.