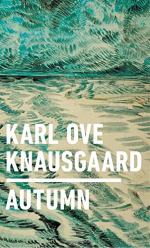 Knausgaard, Karl Ove
This Study Guide consists of approximately 55 pages of chapter summaries, quotes, character analysis, themes, and more - everything you need to sharpen your knowledge of Autumn.

The following version of this book was used to create this study guide: Knausgaard, Karl Ove. Autumn. Alfred A. Knopf, a division of Penguin Press. 2017. The book is a collection of short essays written over the course of the three autumn months (September, October, November) of the author’s wife’s pregnancy. The essays are all written from the first person point of view, and are sometimes in present tense, sometimes in past tense, and sometimes a blend of the two. There is also a series of letters written by the author to the unborn child in his wife’s uterus, a child that is eventually revealed to be a girl.

The book begins with a letter to the unborn child written at the end of August, as summer ends and autumn begins. In it, the author describes the family and the world that the child will be born into, and also reveals his purposes in writing the book – to comment and consider the world as it is in order to give the child some understanding of that world, the author’s insights into it, and how the child might come to see it.

The first group of essays, written in and about the month of September, explore a range of experiences. Several have to do with aspects of the body, or bodily function, including “Teeth,” “Piss,” “and “Mouth.” Others, such as “Apples,” “The Sun,” and “Lightning,” have to do with aspects of nature. Still others consider animals or other creatures, and their interactions with human beings: these include “Wasps,” “Porpoises,” and “Frogs.” Finally, there are essays that consider things that human beings have made, or constructed, including “Plastic Bags,” “Churches,” and “Frames.” In each of the essays, no matter their specific subject matter, the general pattern of the author’s consideration is the same. There is usually a consideration of the mechanical, chemical, physical, or technical elements of each subject’s composition, followed by a detailed consideration of the subject’s purpose or identity, and often a meditation on the author’s beliefs about, memories of, or interactions with, the subject.

At the end of the September section, there is another letter from the author to his unborn child, one in which the author describes a visit to the office of the midwife who will help his wife give birth. During the midwife’s examination, the anatomical gender of the baby is revealed – female. The author then reveals that the baby is to be named Anne.

Then there is a second grouping of essays, written in and about the month of October. The subjects of these essays include more considerations of animals, including “Badgers,” “Lice,” and “The Migration of Birds,” and further considerations of human anatomy – “Labia” and “Fingers.” There are also considerations of aspects of simply being alive – “Fever,” “Loneliness,” and “Experience” fall into this category. The October section concludes with another letter from the author to his unborn daughter, in which the author comments on both his experience of aging and his experience of feeling the baby kick in utero.

Finally, there is a third grouping of essays, written in and about the month of November. Again, they cover a range of subjects – from household objects (“Tin Cans”, “Buttons”, “Toilet Bowls”) to experiences of being human (“Pain”, “Forgiveness”, “Silence”), to experiences of nature (“Dawn”, “The Willow”, “Birds of Prey”. This section, and the collection, end with a consideration of “Eyes” – how they both take in light and offer light – that is, the “light” of a human soul, revealed when one looks in the eyes of another.

Consideration of, or commentary on, certain aspects of the author’s experience reappears in several of these essays. These include hints at what seems to have been a challenging relationship with his father, a contemplation of many ways in which humans set up barriers, or distance, between themselves and the world, and how even in difficult situations, there is still beauty or connection to be found and cherished.

Each section is prefaced with a reproduction of a painting, included in such close observance that the brushstrokes are visible.

More summaries and resources for teaching or studying Autumn .