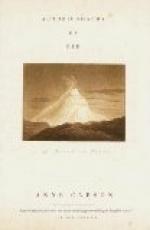 Anne Carson
This Study Guide consists of approximately 60 pages of chapter summaries, quotes, character analysis, themes, and more - everything you need to sharpen your knowledge of Autobiography of Red.

This detailed literature summary also contains Quotes and a Free Quiz on Autobiography of Red by Anne Carson.

This “novel in verse” uses the poetry and history of classical Greek writer Stesichoros as a springboard for a poetic narrative that combines centuries-old legends with contemporary values. The work is ultimately a prequel to the mythic story of the relationship between the murdered monster Geryon and the hero who killed him (Herakles here, more commonly known as Hercules). Its events and themes are primarily defined by Geryon’s coming of age, an experience itself defined by first love gone awry. At the same time, the narrative and its imagery also explore thematic issues relating to the power of feelings, being different, and the significance of chance encounters.

The book begins with an academically toned, somewhat fictionalized analysis of how the poet Stesichoros, writing in Ancient Greece shortly after the time of the narrative poet Homer, evolved the use of language in poetry. That analysis is followed by similarly fictionalized fragments of Stesichoros’ poetry that introduce the story of the book’s central character (the monster Geryon) and relationship (that of Geryon with the hero Herakles). The third component of this introductory section of the book is a series of three appendices that comment on a key point of the legend / history of Stesichoros: his being blinded by Helen of Troy in the aftermath of his criticism of her.

The actual story, the “autobiography of red,” begins with narratives of Geryon’s childhood. As a whole, that story is told in a series of short chapters each headed with a single sentence commenting on and/or summing up aspects of that chapter, with the writing in general containing a great deal of poetic imagery and language. That language, in turn, contains frequent, almost regular references to the color red: in the first chapter, for example, which is defined by Geryon’s being abandoned at school by his older brother, the feel of the grass in front of the school is defined as red, as is Geryon’s shadow. Here it’s important to note that Geryon himself is red, and has wings: he is, in his own mind, something of a monster.

The autobiography’s opening chapters describe Geryon’s discomfort with himself, his being bullied by his brother, and his being reassured by his sometimes distant, sometimes compassionate mother. There are also descriptions of what is arguably the most significant of the narrative’s many chance encounters: the teenaged Geryon’s meeting with Herakles, which results in the development of a deep, intense friendship between the two. Narration describes how that relationship becomes sexual; how Geryon’s feelings for Herakles become more oriented towards love than Herakles’ feelings for Geryon; and how, eventually, Herakles moves on, leaving Geryon alone and abandoned.

The narrative then moves forward several years, to a point at which Geryon is in his early twenties. He and Herakles have another chance encounter that results in their friendship (and Geryon’s feelings) being rekindled. The situation is complicated by the volatile Herakles’ relationship with the calm, sensitive Ancash, who seems to know the history of the relationship and, while being committed to Herakles, still has compassion for Geryon. For his part, Geryon becomes friends with Ancash while fighting his lingering attraction (and desire) for Herakles. Eventually, Geryon finds himself unable to fight any longer, and falls back into a sexual relationship with Herakles. Ancash finds out and becomes angry, but stays in the relationship with Herakles. Ancash also finds out about Geryon’s wings, a key reason for Geryon’s negative self-image, and tells Geryon a story that suggests that in the history of Ancash’s community, people with wings were regarded with respect and admiration. As the group’s time together comes to a conclusion, Geryon learns that Ancash really wants to see him fly and out of respect takes a picture of himself in the air, and leaves it for Ancash. The novel ends with an image of Geryon, Herakles, and Ancash united in their appreciation of a volcano’s simultaneous beauty and usefulness.

The book ends with an epilogue of sorts: a fictionalized interview with Stesichoros, in which he discovers his experience of waking up to a new way of seeing the world.

More summaries and resources for teaching or studying Autobiography of Red.