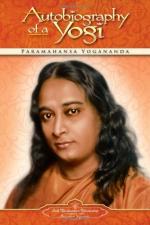 Paramahansa Yogananda
This Study Guide consists of approximately 44 pages of chapter summaries, quotes, character analysis, themes, and more - everything you need to sharpen your knowledge of Autobiography of a Yogi.

Autobiography of a Yogi Summary & Study Guide includes comprehensive information and analysis to help you understand the book. This study guide contains the following sections:

This detailed literature summary also contains Topics for Discussion and a Free Quiz on Autobiography of a Yogi by Paramahansa Yogananda.

This astonishing autobiography details the life of a man who knew from childhood he would travel a mystic path, and would follow his dreams to be a devotee of God and an exemplary yogi. Paramahansa Yogananda, known in childhood as Mukunda Groh, was an adventurous, spirited boy. His family was of an upper caste in India, his father a railroad executive and fairly well-to-do. Young Mukunda seems to have full and clear recall of events and conversations of his childhood, particularly those that reveal the supernatural and at times, awesome experiences he has as a budding enlightened being. Young Mukunda, although mischievous, is extremely honest and maintains the highest level of integrity, especially for a child. He seems to have been born with a set of spiritual values that were reinforced by his parents, who were devotees of Lahiri Mahasaya, a celebrated saint and prophet.

As a young boy, Mukunda yearned to study in the Himalayas, and always knew that his first and true love was for God. Under the tutelage of the wise Sri Yuketeswar, whose guru was also Lahiri Mahasaya, Mukunda finishes his schooling and delves with devotion into the world of Kriya Yoga. As his spiritual life grows, Mukunda experiences more and more unusual events that we would today, perhaps, be classified as paranormal. In the process of his spiritual development, he becomes a true swami and monk, and his name is changed to Yogananda, with the title of Paramahansa being added to him later, an honor bestowed by Yukteswar.

The gentle and kind-spirited Yogananda is destined to do many wonderful things, including establishing a progressive school for boys, and bringing eastern Indian spiritual teachings to the western world. Led by saints and prophets, he eventually takes on that status himself and develops a following that still exists today, as the Self-Realization Fellowship, which is now established globally. Yogananda is a kind, humorous and determined man who finally finds the God-consciousness he has sought from birth, and passes on his wisdom to others through his teachings and through his autobiography.

Paramahansa Yogananda's schools and worldwide centers for Self-Realization Fellowship activities have flourished, primarily due to the material he provided in this relatively small book. One can go to almost any major city and attend a meditation or worship session, conducted with his recommended methods. This is a book that has survived the test of time and continues to be a source of inspiration to thousands of people. Whether one is interested or not in Kriya Yoga, Yogananda's teachings are effective, memorable and ahead of their time.

More summaries and resources for teaching or studying Autobiography of a Yogi.

Autobiography of a Yogi from BookRags. (c)2022 BookRags, Inc. All rights reserved.