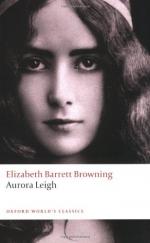 Browning's best-known work today is probably Sonnets from the Portuguese (1850). These are forty-four interlocking love poems that she wrote for her husband. The sonnets are available in many editions, one of which was published in 1997 with twenty-two other Browning works.

Christina Rossetti, another Victorian poet, was influenced by Browning. Her work, collected in The Complete Poems (2001), shows a wide range of subject matter and verse form.

Middlemarch (1872), by Mary Ann Evans under the pen name of George Eliot, is about a fictional English provincial town in the 1830s and the individuals who shape the community. It is considered one of the best novels of all time.

Lady Audley's Secret (1887), written by Mary Elizabeth Braddon, was a bestselling sensationalist novel in Victorian England that mocked the typical heroine of the times and the respectability of the middle class.